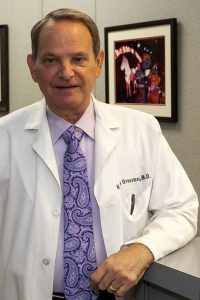 Dr. Kenneth A Grossman has been in the solo practice of Dermatology since 1983. He earned his undergraduate degree in Psychology with honors from the University of Pennsylvania in 1973, and his MD degree from SUNY Downstate in Brooklyn, New York in 1977. He did a full three year Internal Medicine internship and residency at Nassau County Medical Center in East Meadow, New York, and became board certified in Internal Medicine in 1980. He then did a Dermatology residency at the Albert Einstein/ Montefiore Medical Center in the Bronx, New York, and became board certified in dermatology in 1983. He then moved to the Jersey Shore and opened his practice, first in Red Bank and then in Little Silver, where he has been since 1991. He has been a member of the staff of Riverview Medical Center since 1983.

Dr. Grossman has received numerous accolades during his career. He has been named a Top Doctor in New Jersey Monthly Magazine for 15 consecutive years, and was even featured on the cover of the magazine in 2012. He has also been named a Top Doctor in the Castle Connolly guide to the best doctors in the New York Metropolitan area every year for the past 22 years. In 2019 he received the Physician Recognition Award for service to the hospital and community from Riverview Medical Center, the only Dermatologist to ever receive this honor. He also serves as an adjunct Clinical Professor in Monmouth University’s Physician Assistant Program.

However, he is just as proud of the work he has done as an amateur musician. He is the drummer in a rock band composed mostly of doctors called the Docs of Rock. They offer their services for free to local charitable organizations such as Lunch Break, the Parker Clinic, and many others, and so far they have helped raise over two million dollars for these organizations. Performances in 2018 culminated in an appearance at the Stone Pony, the iconic rock venue where Bruce Springsteen got his start. It was a truly memorable event that helped raise over one hundred thousand dollars for the Joan Dancy and PALS foundation, an ALS charity.

Dr. Grossman has been married to his wife Toby since 1976. He is forever indebted to her because she is the one who, unbeknownst to him, sent in his applications to Dermatology residency programs at the end of his medical internship. It is only with her advice, support, and love over the years that he has been able to accomplish his professional goals. They have two wonderful grown children and a son-in-law, Eric, Ilene, Randon, and they recently welcomed their first grandchild, Daniela Brooke in September 2019. 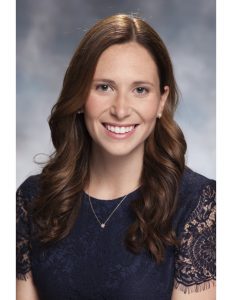 Dr. Christine N. Schafer is a board-certified dermatologist. A New Jersey native, Dr. Schafer was born and raised in Morristown, NJ. As an undergraduate at the University of Virginia, she studied history and graduated with honors. She returned to NJ to attend Rutgers Robert Wood Johnson Medical School where she was inducted into the esteemed Alpha Omega Alpha Honor Society. She was also awarded the American Medical Women’s Association Glasgow-Rubin Certificate for Academic Achievement, which is presented to women who graduate in the top ten percent of their medical school class.

Prior to residency, Dr. Schafer completed a prestigious research fellowship studying melanoma with the director of the Interdisciplinary Melanoma Cooperative Group at New York University School of Medicine. While at NYU, she gained extensive clinical research experience and developed an interest in treating melanoma patients.

After spending many years away dedicated to medical training, Dr. Schafer is thrilled to be returning home to NJ to join Dr. Grossman’s exceptional practice and serve a community that means a great deal to her. She is committed to excellence in patient care and believes in an evidence-based and personalized approach to treatment. Her clinical interests are broad, ranging from complex and general medical dermatology to skin cancer prevention and treatment. She is also highly skilled in surgical and cosmetic dermatology.

Dr. Schafer has a number of dermatologic publications including journal articles and book chapters. She has been invited to present at national meetings such as the American Academy of Dermatology and the American College of Mohs Surgeons. She is deeply involved in the Women’s Dermatologic Society and is dedicated to fostering leadership and mentorship among women in medicine.

Dr. Schafer met her husband, Kevin, in medical school. Also a NJ native, Kevin grew up in Monmouth Beach and is an orthopedic surgeon specializing in foot and ankle surgery. They have a wonderful and rambunctious toddler, Owen, and recently welcomed their second baby boy, August, in March of 2021. When she’s not chasing after her boys, Dr. Schafer enjoys spending time with her family and friends, admiring interior design, cooking and trying new restaurants. She balances her love for Italian food with walks on the beach and time on her Peloton bike.